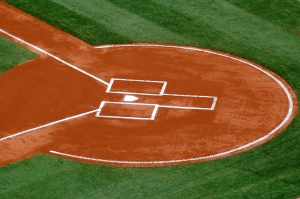 For parents just getting involved with travel baseball for the first time, the rules of the sport may be a little confusing. The kids usually find themselves well-versed in the game, but for parents that don’t know much about the rules of baseball, this primer can be of great help. It will make your kids’ games a lot more fun to watch if you know what’s going on!

The Basics of Baseball

Of all the sports, baseball is one of the most relaxing and enjoyable to watch, but only if you understand what the players actually are doing. Here’s a quick rundown of the basic rules of baseball:

The Object of the Game

The points in baseball are called “runs,” and the primary objective of the game is to score more runs than the other team. There are two teams comprised of nine players each, and they take turns alternating between batting and playing defense over the course of nine innings to determine a winner. Pitchers want to keep batters from successfully putting the ball in play, while batters want to hit the ball as efficiently as possible to score as many runs as possible.

There are nine players on a team, including the pitcher, a catcher, a first baseman, a second baseman, a shortstop, a third baseman, and three outfielders. The pitcher hurls their pitches to the catcher, while the other positions field balls in play to attempt to keep the opposing team from scoring. On offense, each of these players are given the opportunity to take turns batting, while the other team then plays defense.

The Field of Play

Baseball is played on a diamond, which features four bases in the infield, as well as the sprawling outfield, all of which is to be manned by the players on defense. There is fair and foul territory; anything hit into the fair field of play can be fielded, while balls in foul territory are ruled dead unless a fielder catches them.

Hits that aren’t caught by the fielders send the batters to the bases, and if they are able to make their way around all of them, they score a run. Once the defense forces three outs, the inning turns over and the other team gets their turn to bat. This continues for the full nine innings.

There is, of course, a lot more nuance to the game than this, but understanding these few rules will at least give casual observers a sense of what’s going on. You’ll enjoy your child’s travel baseball teams a whole lot more once you know what’s going on!